Timeless drama unfolds in Greece — yet again, the people (yes, them), are pitted against tyrannical opposition. As ever. But this time, it’s not helmet-clad warring armies in direct conflict (well not yet anyway) — it’s the people versus the politicians — versus the banks.
And in this triangular battle, it’s quite clear that hoi polloi are the losers. The question is : which of the two opponents they face is the worse — the politicians; or the bankers ?
Because that’s where the real battle is taking place — who really controls the state today ? It seems fairly clear to most of us that the financial organisations have everything sewn up to their own advantage, and can bend the politicians to their will, at ease — but can they ? Really ?
One trenchant decision on the part of the politicians — to ignore the banks and their greedy, self-serving demands — and the whole house of cards could come tumbling down. Collapse after collapse, domino-fashion, of those overweening financial institutions who have brought the whole world into chaos in the past decade. The ever-suffering people watching from the sidelines would rub their hands in glee.

What would Aristophanes have made of it ?
Obviously a good drama; he’d have called it “The Bankers”; and had hoi polloi as the chorus.
Wonder what the ending would have been ?

Recent events in Switzerland simply serve to underline the general malaise felt by everyone — everywhere — that those in apparent positions of “authority” — in whatever sphere of action — are irredeemably corrupt; and are therefore not to be trusted, morally or ethically.
With anything.
They’re out for themselves; and their own profit; and to pretend otherwise is just to indulge in the realm of fairytale nonsense.

And that goes for their sponsors too. Big multi-national corporations (such as Coca-Cola or Visa) I simply would not trust not to be up to their oxters in corruption, if the organizations they are sponsoring are seen to be riddled with corruption themselves.

Take careful heed, multi-nationals — the flash-point that leads to a jacquerie is never very far away in circumstances like these.

One of the great manipulators of the English language, with a superbly creative mind, and an ability to express that creativity which equalled that of any other artist the language has ever produced.
Piss-taker, punster, satirist, shrewd observer of people; above all, a consummate writer who excelled at his craft, he will permanently join the ranks of those who have used their fluency with words to amuse, provoke, educate and entertain.
I only ever met him personally once; but I will always remember him as one of those people who could, in conversation, make me laugh out loud, with one of those achingly deep belly laughs that are so rarely produced by others.
A master of his art.
I will miss his writing — inseparable from the man. 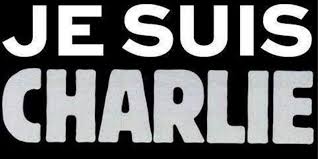 There is absolutely no place in Western Europe for pathetic, immature, bigoted and intolerant criminals with a mindset like this.
Like the savage animals they are, they — and all who share their fanatical anti-human attitudes — must be driven to extinction from civilized society. 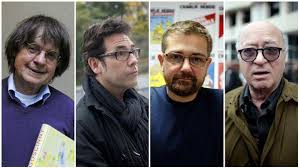 Latest scurrilous gossip says that the Downton dog — Isis — is being deliberately killed off, and removed from the popular series, to avoid offending (so-called) “Islamic State” militants; who are said to be incensed that British TV might be deliberately running a campaign to associate them with dogs.

I wonder what the RSPCA has to say ?

Nick Clegg commented on TV this evening that it’s about time we scrapped the arrogant, testosterone-fuelled behaviour and way of doing business at Westminster.

Roll on the revolution.

What are we paying for ?

So — India has successfully launched a satellite into orbit around the planet Mars.
Bully for them. Great achievement.

Err….but why then are we paying them some £4bn quid per annum in overseas aid ? Surely if they can afford to take pot-shots at Mars (even heapo-cheapo ones), they are in no desperate need of cash which we do desperately need ? (To bolster up our failing health services, as just one example.)

[And on another note — is it just me, or does anyone else think that World War III has already begun — it’s just that no-one’s declared it yet ?]